A modern translation of this classic opera with libretto by Ludovic Halev with English translation by Jeremy Sams.

Jane Gray’s first foray as director met the challenge bringing this classic opera into the 2lst  century and getting the best out of her well drilled cast. Jupiter (Graeme Cooper) was hilarious from an acting and singing point of view, his interpretation of a fly was very comical and entertaining. Eurydice (Rosalind O’Dowd)  whose comic acting was magnificent bringing to life an  Essex style leading lady with romantic innuendos which amused the audience,  her operatic singing was also a delight. Orpheus (Christopher Lawrence) suited the part well as he tried very hard to get the attention of his wife  Eurydice whilst playing the violin.  Her fitness trainer is not Aristeus but Pluto the God of the Underworld (Peter Francis) another good performance, plans to kill Eurydice and whisk her off to Hell aka Pluto’s nightclub.  Jupiter sees a chance by stealing Eurydice for himself.  The outcome is to have a big party every one has a great time resulting in the famous Can Can and the whole charade ends.  John Styx (Stuart Nash) played a very accomplished cameo part as the inebriated jailor.  Public Opinion (Alison Crow) kept everyone on the straight and narrow. The entire ensemble joined in the fun with an enthusiasm which was picked up by a lively Friday night audience.

Christopher Gardner conducted the small orchestra which assisted the principals in a very accomplished way.  Anna Lang worked magic in very limited space with such a large cast.  Robert Hued and his crew, lighting and sound Andrew Strickland along with scenic artist Claire Matey who did a superb set,  wardrobe by Suzanne Newcomb, make up Jude Bluebell completed the staging complementing a splendid show

Well done Alton you certainly kept everyone happy with an excellent night’s entertainment. 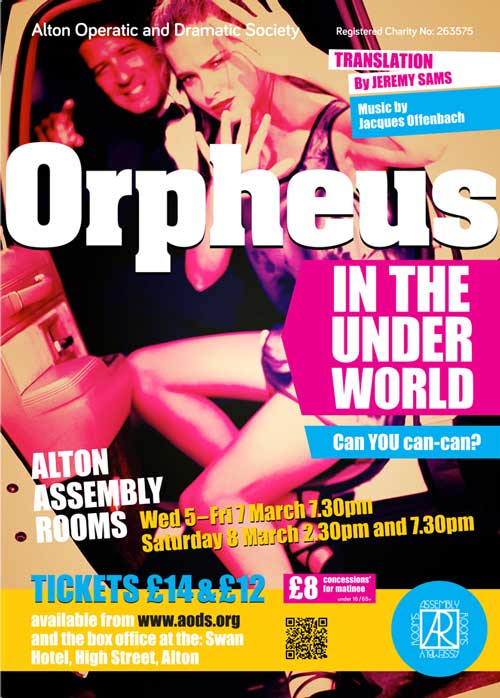 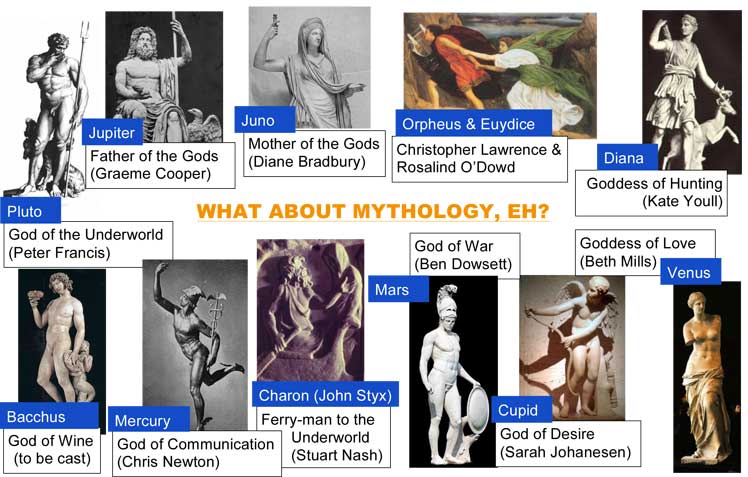