Our Spring musical for 2016 will be Sister Act! 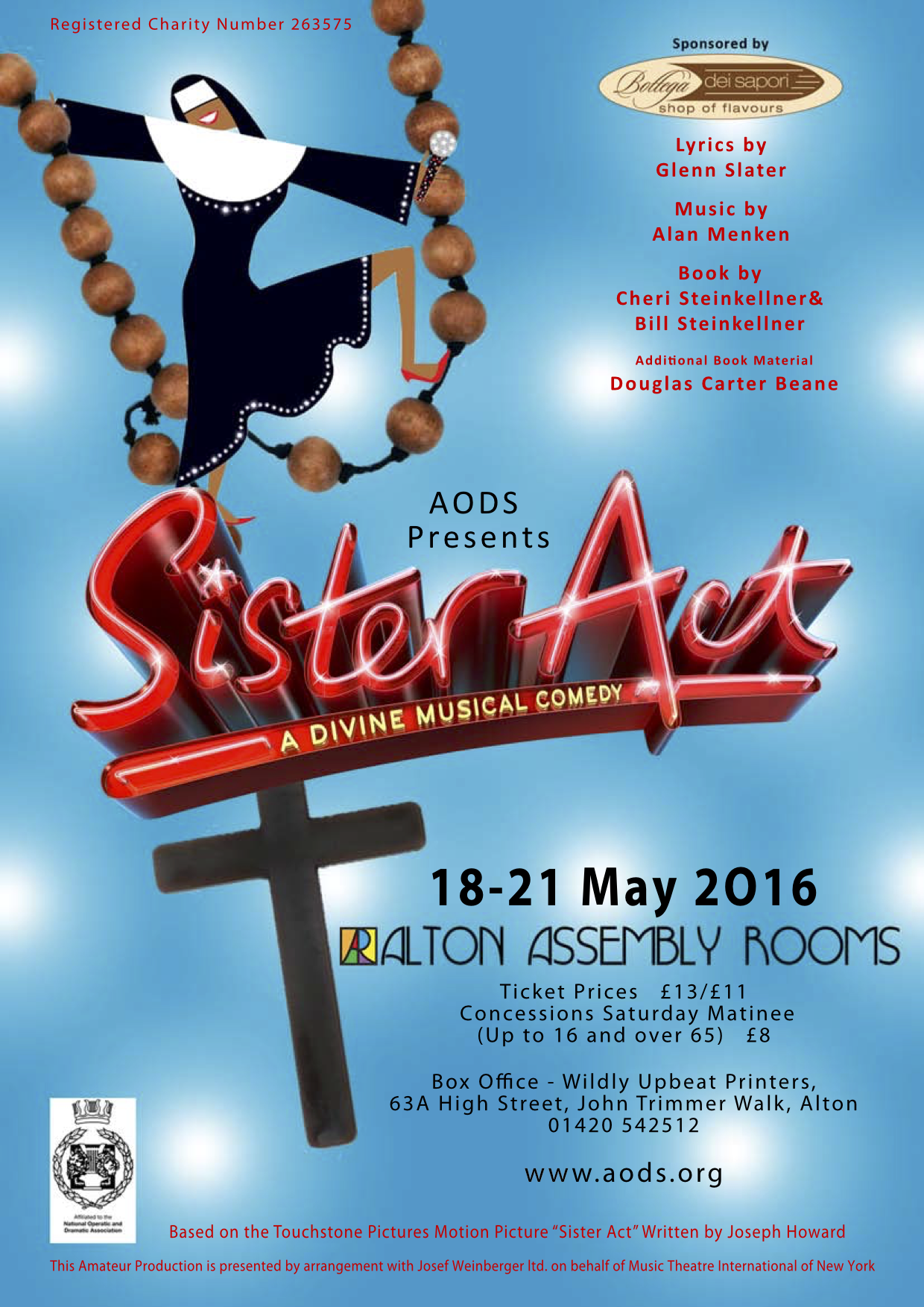 The cast for Sister Act has now been announced:

Completing successful runs on Broadway and in London’s West End, Sister Act is the feel-amazing musical comedy smash that both critics and audiences have fallen in love with! Featuring original music by Tony and 8-time Oscar winner Alan Menken, Sister Act tells the hilarious story of Deloris Van Cartier, a wannabe diva whose life takes a surprising turn when she witnesses a crime and the cops hide her in the last place anyone would think to look- a convent! Under the suspicious watch of the Mother Superior, Deloris helps her fellow sisters find their voices as she unexpectedly finds her own. A sparkling tribute to the universal power of friendship, Sister Act is a reason to rejoice!

When and where are the performances?

When do we rehearse?

Full cast rehearsals until March 17 are on Monday nights from 7.45-9.45pm at Alton Assembly Rooms. Principal rehearsals will be on Thursday nights at the same time at Alton Maltings Centre.