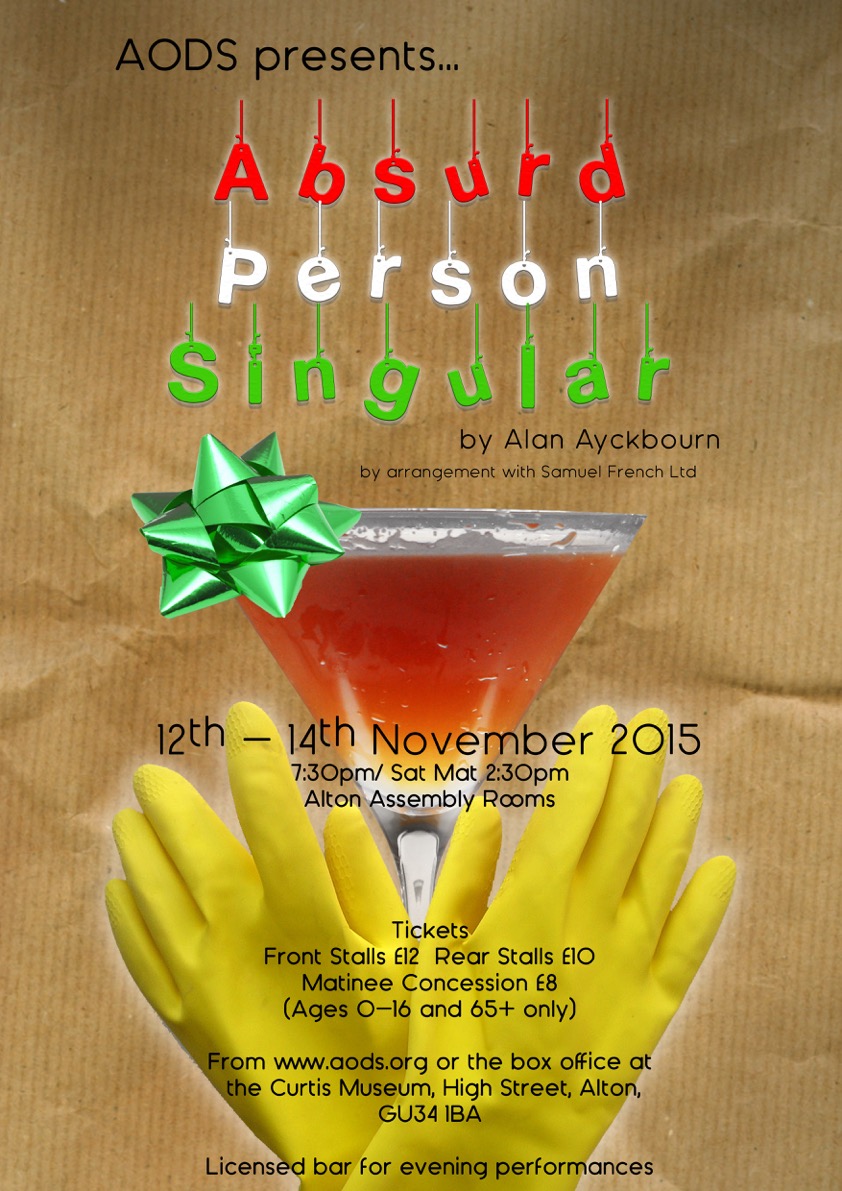 “Oh no!” I hear you cry, not another 70’s comedy! But wait, Absurd Person Singular is undoubtedly a very dark comedy, in contrast to the pure farce of our Fawlty Towers production last year, and I intend to bring out this contrast in our production. As the Guardian commented in their review of a 2012 revival of the play:

“Following the fortunes of three wildly incompatible couples over three consecutive Christmases, Ayckbourn based his drama on the observation that you can discern much about a person from the fit of their kitchen. Hence we have the Hopcrofts (spotless Formica and sparkling white goods); the Jacksons (knotted pine, filthy oven) and the Brewster-Wrights (temperamental Aga and malfunctioning Victorian boiler). The play’s satire of the early 1970s get-rich-quick culture remains prescient, even grimly prophetic: the staggeringly unscrupulous Sidney Hopcroft is an uppity property developer with a taste for manipulative party games who literally has the rest of the characters dancing to his tune.”

The play is being directed by Chris Lang. The cast consists of three couples: