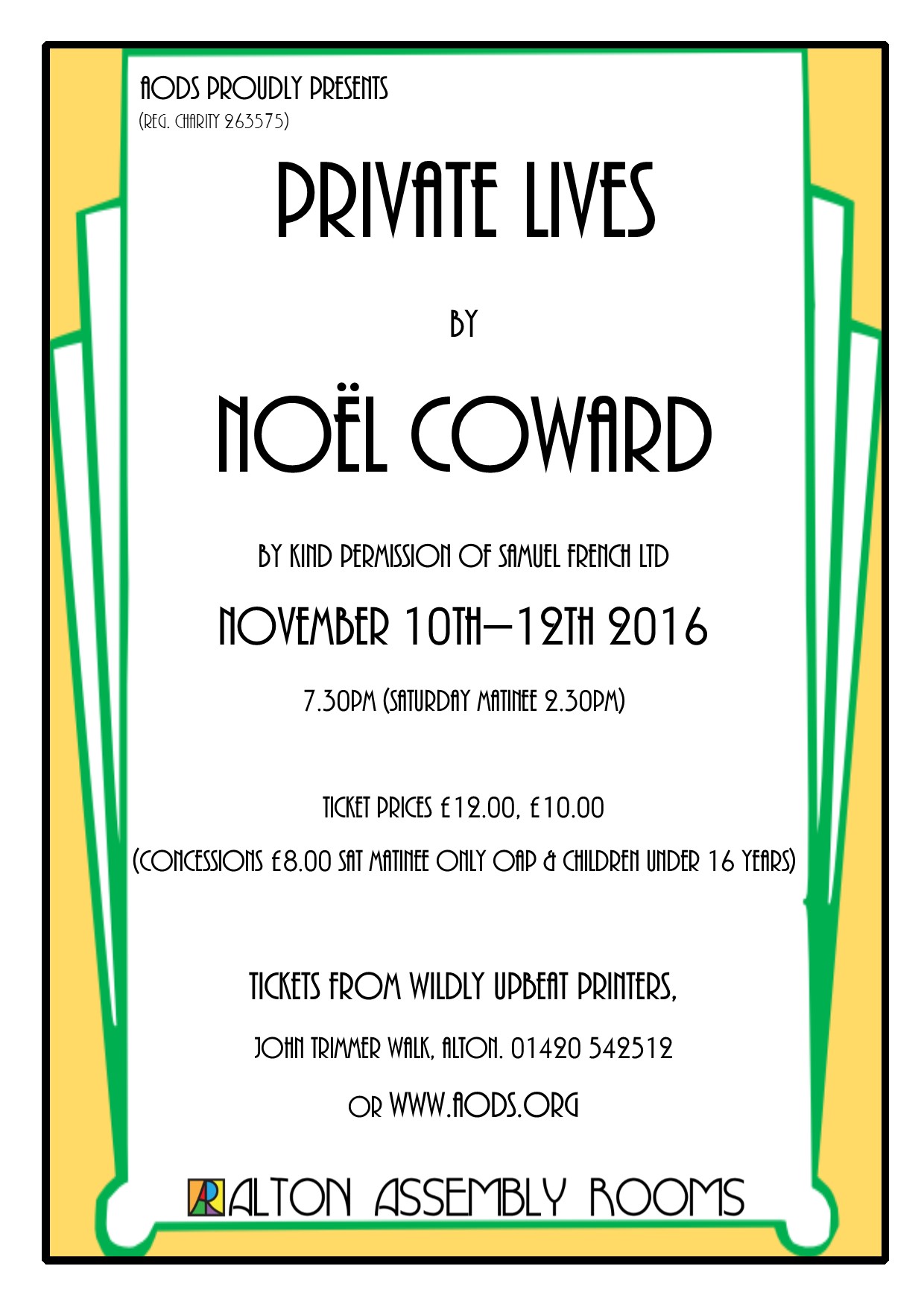 Two couples(Elyot and Sybil; Victor and Amanda) arrive at their honeymoon destination, the Royal Hotel in Deauville.  It is discovered that they have neighbouring rooms with balconies.  It is then found that they used to be married to each other and when divorced it was most acrimoniously.  Elyot and Amanda try to get their partners to leave with them.  They both refuse.  Following a major to do during act 1, Elyot and Amanda run off together to a flat in Paris that Amanda owns and that is currently occupied by a friend (absent on holiday).  Act two finds the runaways having spent several days together most harmoniously, but this doesn’t last for the whole act especially when Victor and Sybil find them.  Act 1 ends up with a blazing row and slaps.  Act 3 opens the following morning when Louise the French maid enters and finds Sybil and Victor sleeping in the lounge and the bedroom doors blocked.  The arguments continue, swapping between the two couples.  The play ends with slaps and shakes for Sybil and Victor while Elyot and Amanda realising that they really do love each other (for the moment) and creeping out of the flat.

Performances between 10th – 12th November at the Alton Assembly Rooms.