Our next play will be Outside Edge by Richard Harris. Performances will be on 8th – 10th November 2018. 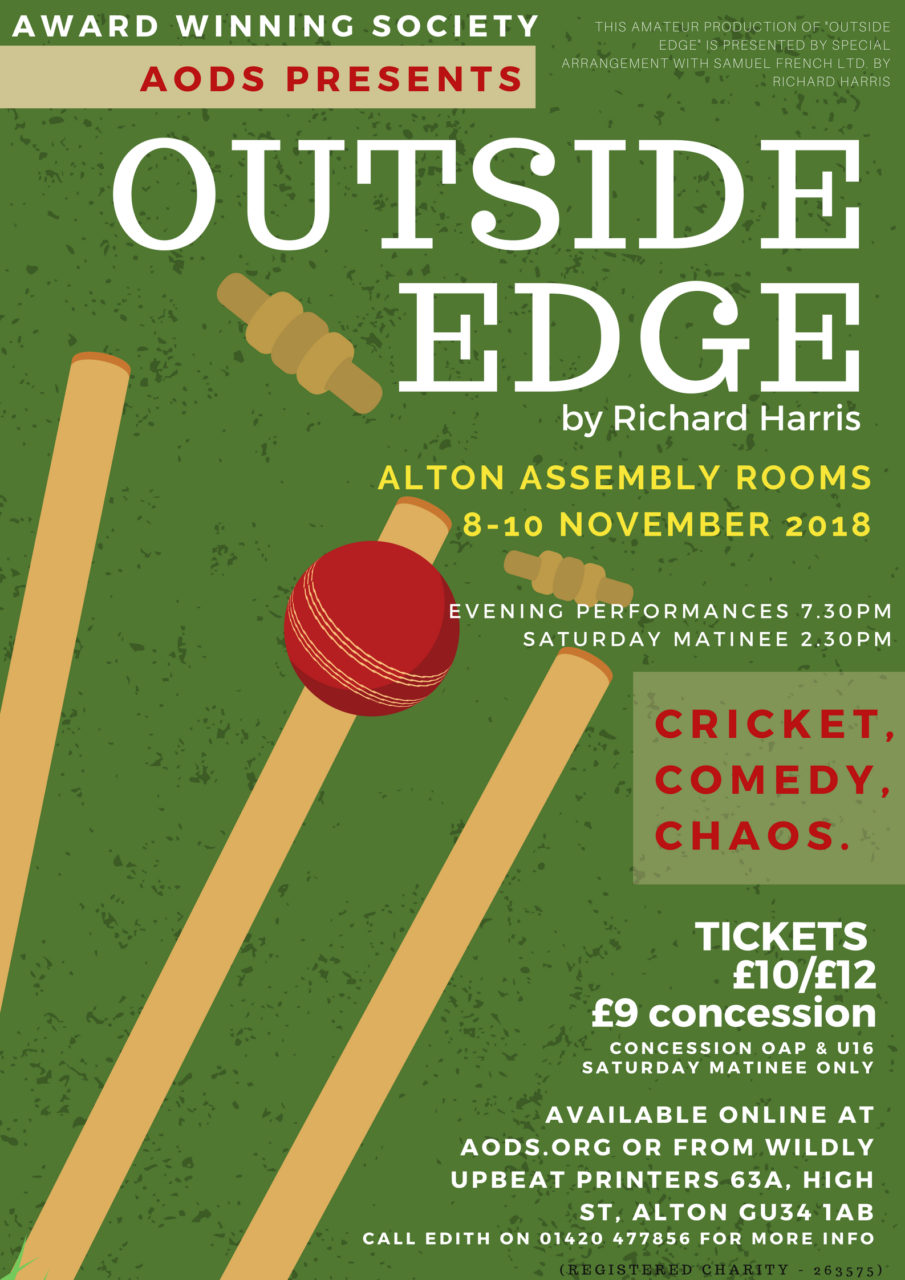 Roger is having trouble getting a team together for the afternoons fixture against the British Railways Maintenance Division Yeading East but this proves to be the least of anyone’s worries. Bob is having marriage trouble as he is still doing odd jobs for his ex-wife behind his current wife Ginnie’s back. Dennis is also having marital trouble as his wife seems intent on moving house despite the fact they only moved recently. When he finally puts his foot down she sets fire to his new car. Kevin is trying to fight off his over affectionate wife Maggie while at the same time nurse his injured spinning finger and Alex’s new girlfriend ends up shutting herself in the toilets having hysterics. Even Roger’s seemingly perfect marriage to Miriam hits the skids when she discovers he was playing away from home in more ways than one on a trip to Dorking last year. Just when it seems things can’t get any worse for them, it starts to rain. 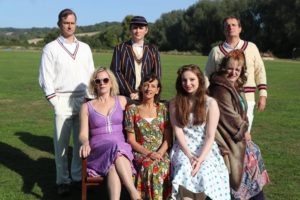 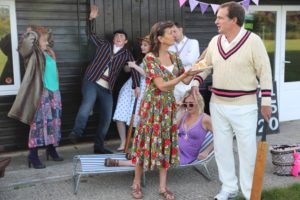 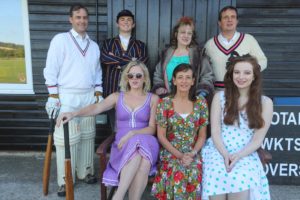 Auditions for the play have now been held and the cast is as follows:

The rehearsals will commence from 3rd September (Monday) and will be on Mondays and Thursdays.

After a long hiatus we're back on Twitter!!! We are currently working on plans for a production of Shakespeare's A… https://t.co/wWhU00K45i1 year
2/5 shows done and we’ve had some fab audiences, there’s still time to snap up your tickets for tomorrow and Saturd… https://t.co/MHBhaR7Xqa4 years
RT @melmontagnon: Watching the first night of @AODS_news Guys and Dolls, tell you all about it on my breakfast show at 6am till 8am tomorro…4 years
It’s showtime! Opening night tonight (£2 discount) tickets still available online! https://t.co/pL6PHetFEo4 years
@HolybourneCC Tickets available online for anyone who still needs them! https://t.co/pL6PHetFEo4 years